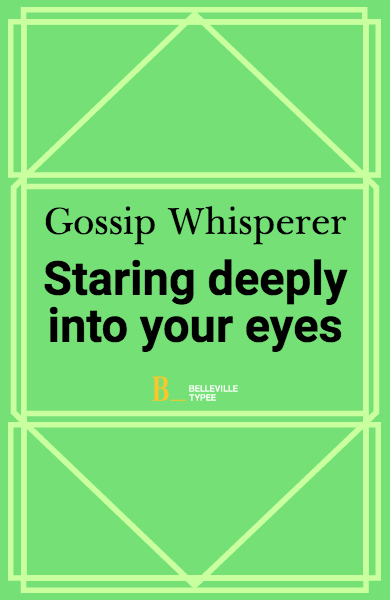 Staring deeply into your eyes

Behind Jake's sparkling eyes, Melissa found a love as deep and unconditional as the one she had for him.

She smiled wide, bringing one hand to her face in order to push a strand of her curly hair behind her ears. Her lips were puckered and her dimples were clearly outlined under the dim light of the few vanilla-scented candles that illuminated the bedroom.

She bit her bottom lip as she looked down at him, laying on her bed. To say that he was everything to her would be a huge understatement.

It had only been a few months, but the whole city knew about him. It was a small city, but Melissa had a big personality. Everybody knew her and now everybody knew Jake as well.

25 year old Melissa was a child welfare social worker. She worked hard, sometimes dedicating most of her free time to those who needed her. She didn't wear much make up on a daily basis, but there was a striking beauty behind her persona. Her shoulder length curly hair was usually pulled up in a messy pony tail and the young kids from the school where she worked at liked to accessorize it with colorful bobby pins and bows.

People called her the Smile Queen because no matter what, she would always smile. Overall, she was a very outgoing and bubbly person who made everyone feel comfortable around her.

His name was Jake, but she called him Jakey. He came into her life with impeccable timing and there was no doubt he would stay in it forever. The certainty of the fact that he won't ever leave was what made Melissa the happiest girl in the world. Whenever his big sparkling eyes would look at her, she would melt a little bit on the inside. His fingers were full and, regardless of the fact that she referred to them as being chubby, whenever they would come to contact with the palm of her hand she would smile really wide, feeling the warmth of his hand against hers.

Once again she took a glimpse of him, this time rolling on his stomach on the bed. He was so sleepy and tired from the long day they had spent together. A nearly inaudible giggle escaped her lips.

"Goodnight, Jakey." She whispered as her hand rubbed his forehead really gently.

"Tomorrow we are going to have so much fun. I have a surprise - I bought you a new shirt today. Oh my God, you are going to be so cute in it!" She suppressed her laughter, thinking of his reaction when he would see the big blue elephant imprint on the front of the shirt.

He replied by waving his hand in the air before rubbing his eyes sleepily.

"Yes, yes, okay. Go to sleep now. I have to finish up a few things and then I'm going to bed as well. You know how it usually goes." The fact that he always got to have more sleep than she did, never really bothered her at all.

"Hey? One last thing, my love..." She trailed off, choosing her next words correctly and hoping that he would be able to understand.

"You mean the world to me. I could never love anyone else more than I love you. This is my promise to you. Through your whole entire life, you can always come to me for advice. I will always be there for you, just like I know that you are always going to be there for me too, Jakey. There is nothing that could ever break us apart. From the first day I laid my eyes on you three months ago, I knew that our bond was going to be unbreakable. I want to sleep next to you for as long as I can. I want to be the one to help you out in tough times and I want to laugh with you when you are happy. I want to share every single moment of my life with you and I only hope that, with the years to come, you would want the same. I love you, deeply and unconditionally. And you want to know why?" She stopped for a second, wiping genuine, warm and salty tears off her cheeks. He made her feel so emotional.

"Because staring deeply into your eyes..." She continued. "I realize that you love me deeply and unconditionally too."

A few seconds later she rolled her eyes and laughed. It was so typical of him to doze off while listening to her heartfelt revelations. She pulled the blankets on top of him and made sure he was comfortable.

"One last thing..." She blew out the candles, so the light won't wake him up.

"Remember that, with the years to come, no matter how much any other woman insists that she loves you the most, there is never going to be a love as real and as deep as the love I have for you. I am, after all, your mother!"

She leaned over the infant and gave him a kiss on the cheek before she continued doing all the chores that she hadn't managed to finish during the day. 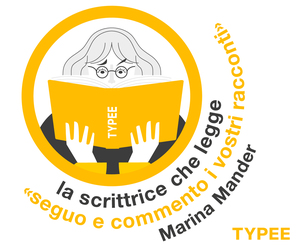 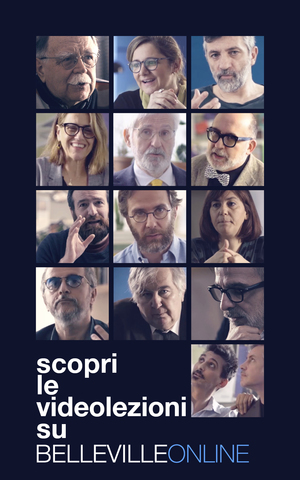